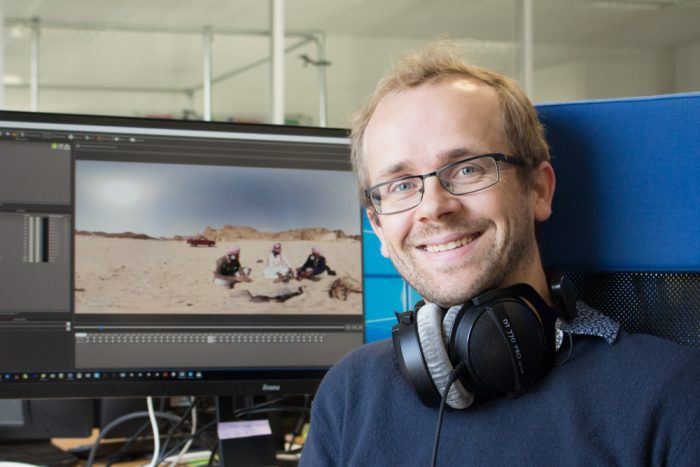 “Alteration”, a 360 movie by Jerome Blanquet, was your first 360 mix, how did you approach it?

I was excited and had a lot to think. 360 audio mix means new feels, new habits to discover or create!
In a 360 movie – beside being immerged in the scene with 3D vision- the spectator decides at any moment where she/he looks at. The director is no longer able to impose his/her point of view. Therefore, new ways to draw attention are required. Spatialized sound is fitted for the job.
Synthetic binaural listening finally exists and that’s great because it (re)opens the scope of possibilities with more room to place audio sources.

Alteration’s soundtrack blends two approaches – object based and ambisonics – can you elaborate?

An ambisonic source depicts a landscape where sounds are spatialized. The rendering accuracy depends on encoding and decoding quality. To save on CPU load, encoders frequently use first-order ambisonic algorithms, which leads to a blurry spatialization. For the application « Alteration » (available on the Oculus Store) we used ambisonic materials alongside spatialized mono sources using the realtime audio engine of Aspic Cinematic VR. These sounds – often assigned to characters – are thus positioned with greater precision compared to pure ambisonics.

Not at all, it is quite natural. The precision achieved by keeping spatialized objects on top of ambisonic ambiance is remarkable. We would have lost a lot if we had to convert everything into low quality ambisonics.

How did you manage the reverbs in a 360 environment?

5.1 reverbs are not designed for a 360 listening. I used Altiverbs in quad mode, routed to the ambisonics, plus another mono reverb for each object.
During the mix, setting the reverbs take 50% of your time because tools designed for 5.1 or 7.1 formats are not suitable. Another reason why reverbs are so time consuming is due to the fact that you can’t perceive the depth on the unfold 2D image. You have to put the HMD on and do a lot of back and forth between it and the computer screen.

Binaural spatialization works much better on headphones, did you mix everything this way or use speakers?

I used speakers during voices equalization to retrieve my marks. It was a relief for my ears too, doing everything with headphones is exhausting.
Sometimes, you wear the HMD on the top of your head leaving your eyes uncovered. This lets you use the head tracking while looking at the computer but you have to put headphones on. There is a lot of switches between devices. 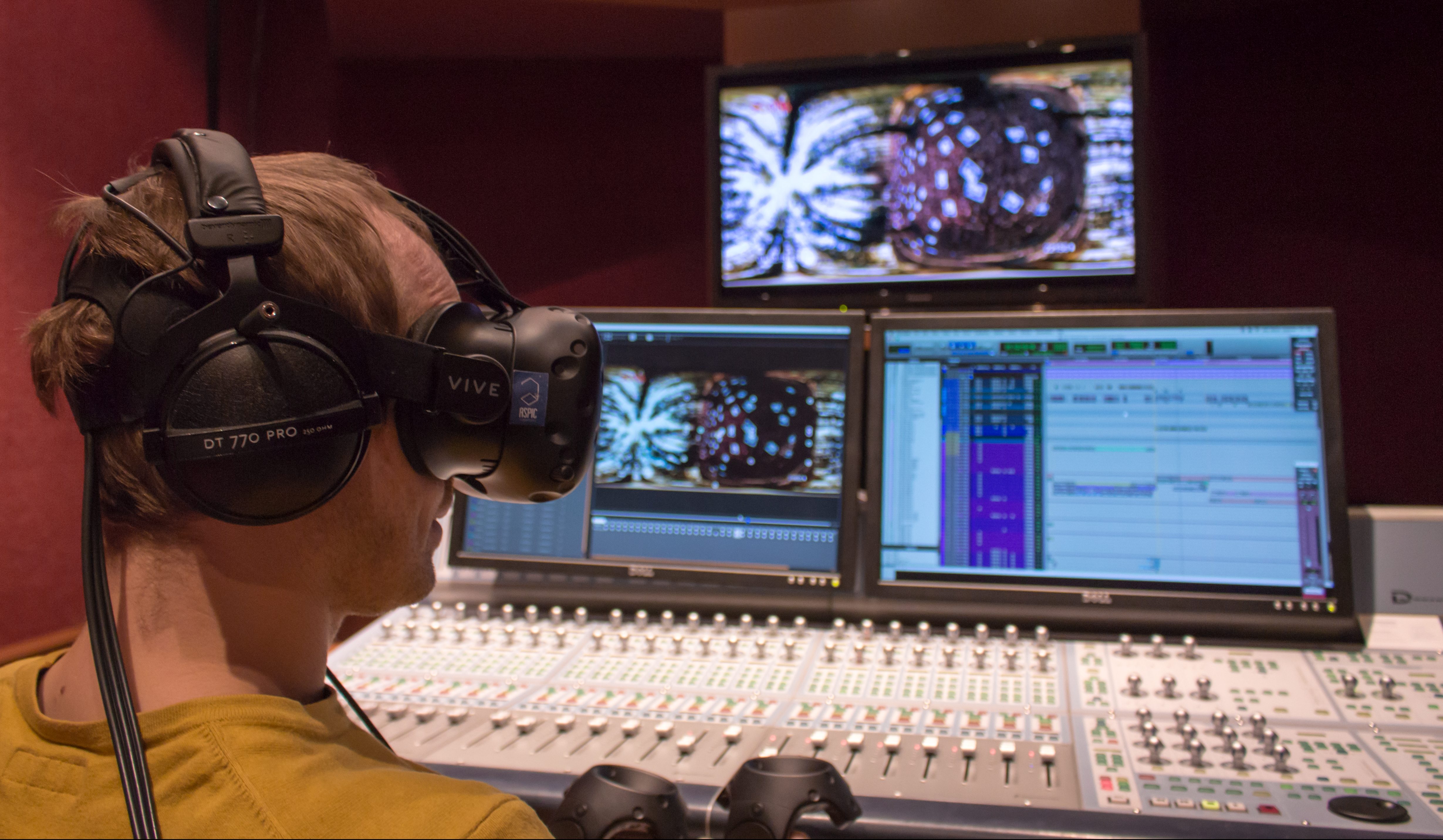 A solution could be to use HDM all along the 360 audio mix process.

It would be too exhausting. Sometimes I kept my fingers on the faders while using the HMD, maybe some virtual faders could be used for some tasks.

Any specific precaution for field recording?

To get object based mix precision, you have to take record mono tracks for each object (character, effect, …). Be careful getting a nice balance between direct sound and environment. If you keep too much background/environment noise, you will get too much energy at a specific point of the 360 audio field.
Also, if ambiances are too noisy it is more problematic because they will be heard all around, you don’t have a dedicated speaker for voices anymore like you have in movie theater.

Have you been mixing other 360 contents since Altération?

Yes, the last one is called The Cheese Butt (by Tamar Hirschfeld). It is noteworthy that 360 audio mix did not take more time than a conventional movie.

Thomas Rouvillain is a French freelance sound mixer. He regularly works for France Televisions as an audio mixer, post-sync recording and foley recording engineer. He is involved in many experimental projects with the national contemporary art studio Le Fresnoy.

You can learn more about Aspic Cinematic VR on our website.

Subscribe to our newsletter to automatically receive our latest articles!